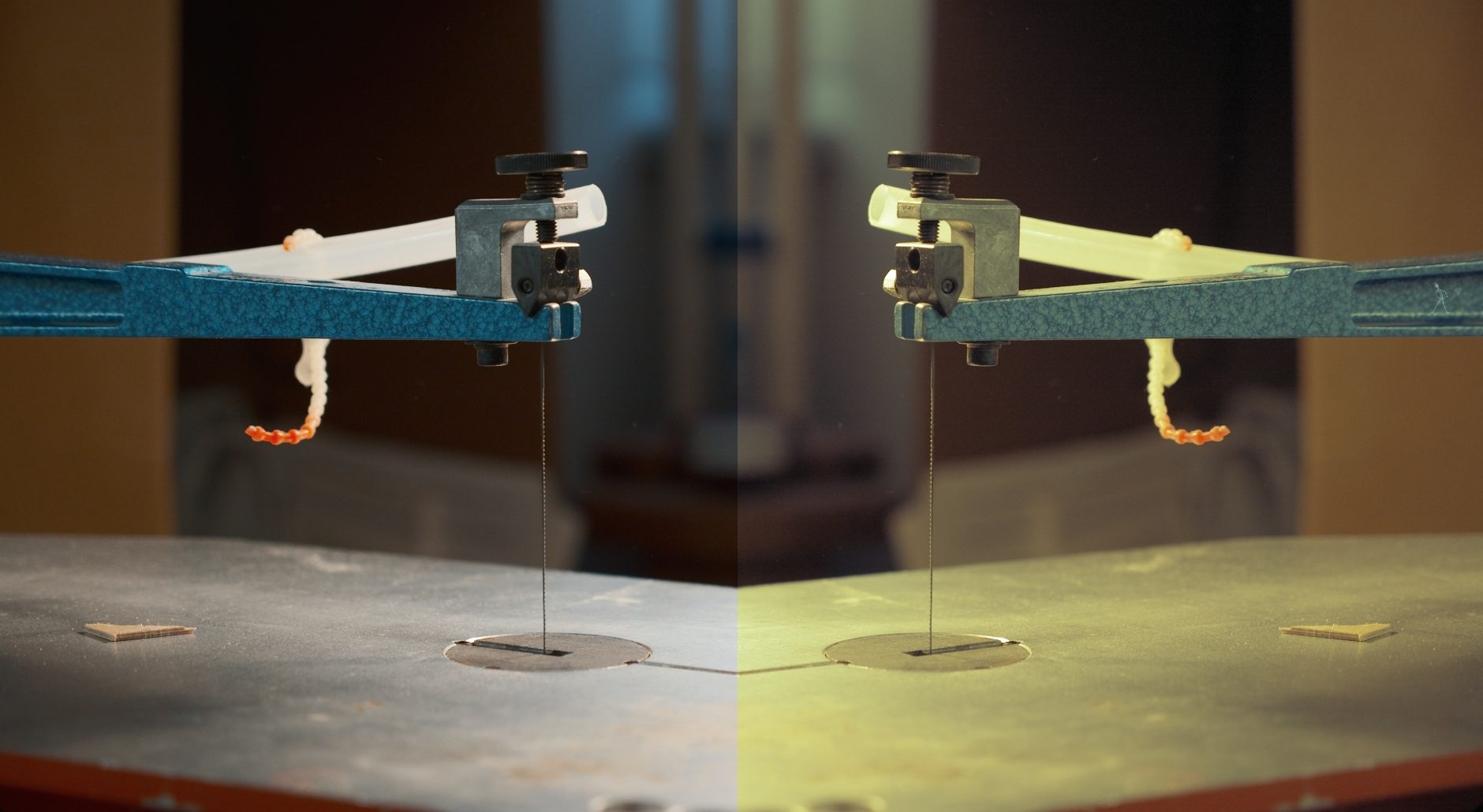 In this blog I will explain what LUTs are, how LUTs can be used in video and I will show you how LUTs affect image display based on a video and photo comparison.

Within the world of videography, LUT stands for Look Up Table. LUTs holds a set of numbers which are looked up by the software or hardware you are using in order to deliberately change the colours of an image. This creates color profiles. In the more premium video editing software you can apply LUTs to make a desired view from your source material. In editing, LUTs belong to the color correction part.
LUTs can be categorised into three groups: creative, calibrating and camera specific LUTs. Within these groups, LUTs are split up into 1D LUTs and 3D LUTs. Below you will find a brief description of the differences and what you can use LUTs for.

You have probably noticed that films create a certain atmosphere because of the color scheme. Creative LUTs are used for this. For example, on a film that is shot in a Mexican desert, the filmmakers apply LUTs that make red colors even more red and the yellow sand slightly less yellow. As a viewer you can almost feel the heat when you see the images. But what the audience sees on screen does not correspond to what the actors saw when the film was shot.

If you want to have colors on your screen that correspond to what the world looks like in real life, you are looking for true color and prefer choose a calibrating LUTs. Each camera brand has its own specific properties. Just try to film the same subject in the same conditions with different brand cameras: in post you will see that the images differ from each other. Sometimes very subtle, but sometimes not subtle at all. A camera-specific LUT adjusts the source file of your camera based on its existing properties, showing the colors as true color on a calibrated or reference monitor. You could say that a corrective LUT fixes image errors in your source file.

In editing software you can choose from 1D LUTs or 3D LUTs. The difference between the two is when using 1D LUTs you can only change one value, for example one of the primary colors (red, green and blue). This means that if the green color changes, it has no effect on the red and blue colors at all. With 3D LUTs you can adjust multiple values ​​at the same time, so not only colors but for example also saturation, brightness, shadow and hues.

Is LUTs the same as color grading?

No, but it is part of it. The advantage of using LUTs is that it affects all parts of your selected video when applied to it. You can also choose to adjust the colors manually, but that is a time-consuming job. Especially if you are filming outside where the light conditions are changing constantly, for example because you change your camera position and a different amount of light reaches your sensor. Or when a cloud shows up in front of the sun, or when it is getting dark.

That doesn’t mean that using LUTs is a ‘just-one-click’ solution. But you do get a very clear view of what your image will look like. That is the big advantage of working with LUTs: they work quickly and consistently. Based on the obtained image, you will still have to see whether you are satisfied with the color scheme and if you want to make manual adjustments. In this way you can also create a color profile yourself and save it as a LUTs in your editing software. In this way you can add your homemade LUTs to your next project if you feel like adding the same color characteristics to it.

There are numerous providers of (free and paid) LUTs, some are brand specific and some are not. But LUTs that were made specific for CANON may also be of use when working with a different brand camera. You don’t always know in advance. Just try, watch your scopes and find out.

Before you apply any color grading to video projects, first add a layer to the clips you want to edit. Never color grade your source material! In DaVinci Resolve such a layer is called a node, while other software call it a layer. Using a layer has three advantages: you can reset the layer afterwards if you are not satisfied with the result, you can add another layer on top of the previous layer for more specific corrections and you can always easily determine afterwards what color corrections you have done.

To show you the influence of LUTs on the image, I grabbed a view stills from a recently completed film project. In this comparison you see the original unedited BRAW (Blackmagic RAW) file on the left side. No color correction has been applied yet. On the right side you see a sunlight LUTs. Slide the slider to see the difference. 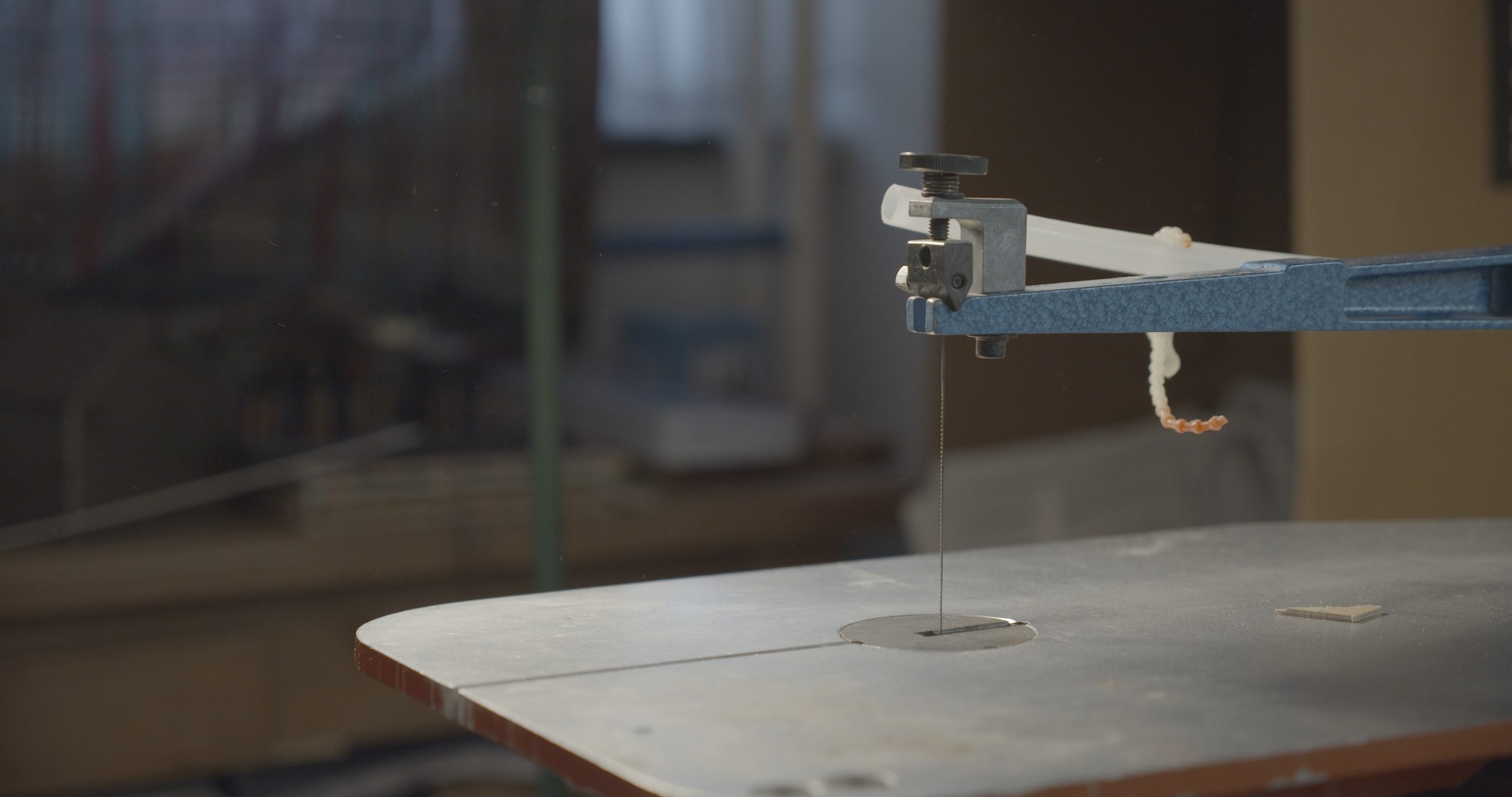 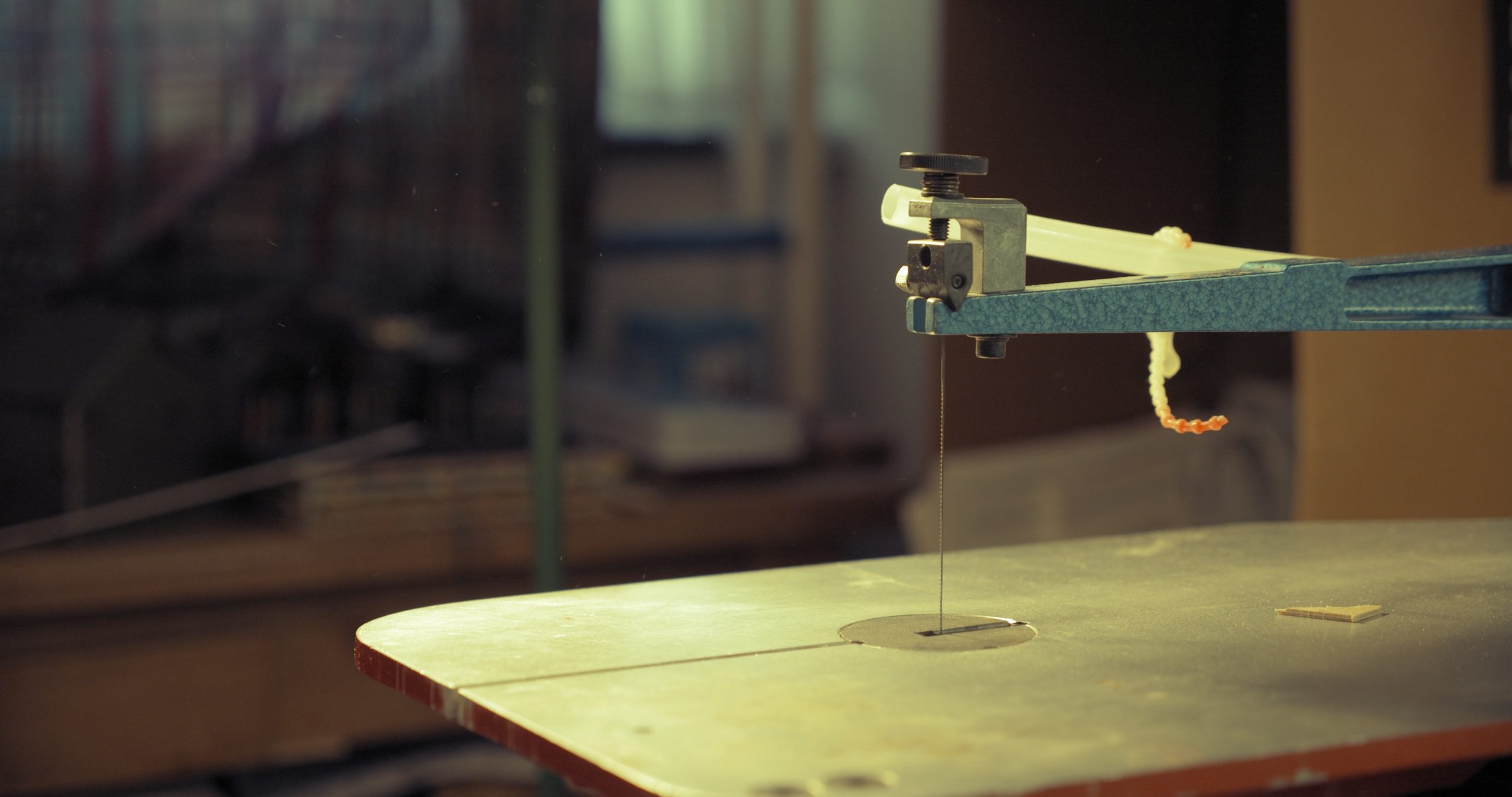 Below you see an comparison where a LUTs has been applied to the left image where the colors green and yellow have been increased. The right image is a LUTs which represents nighttime. 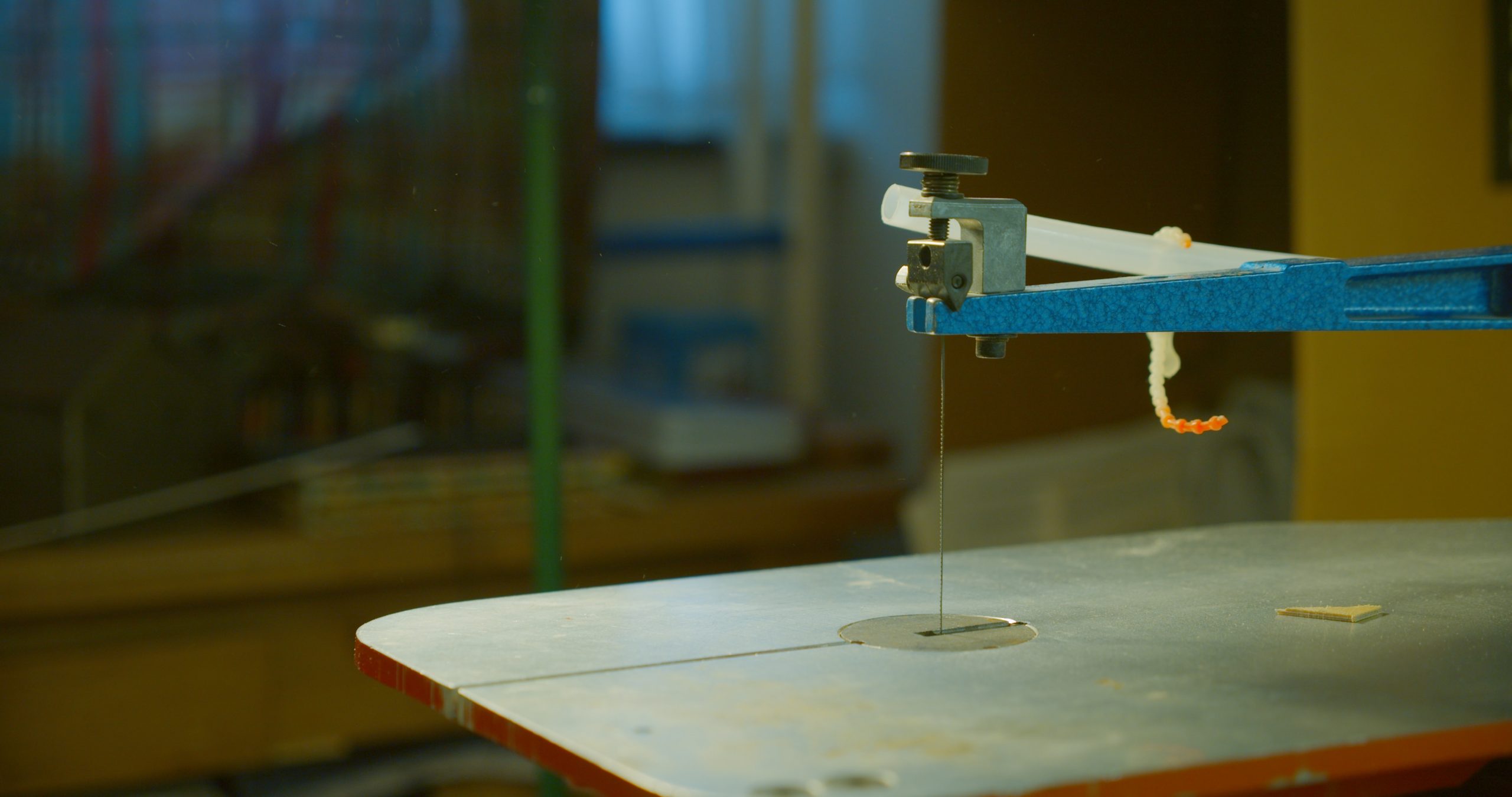 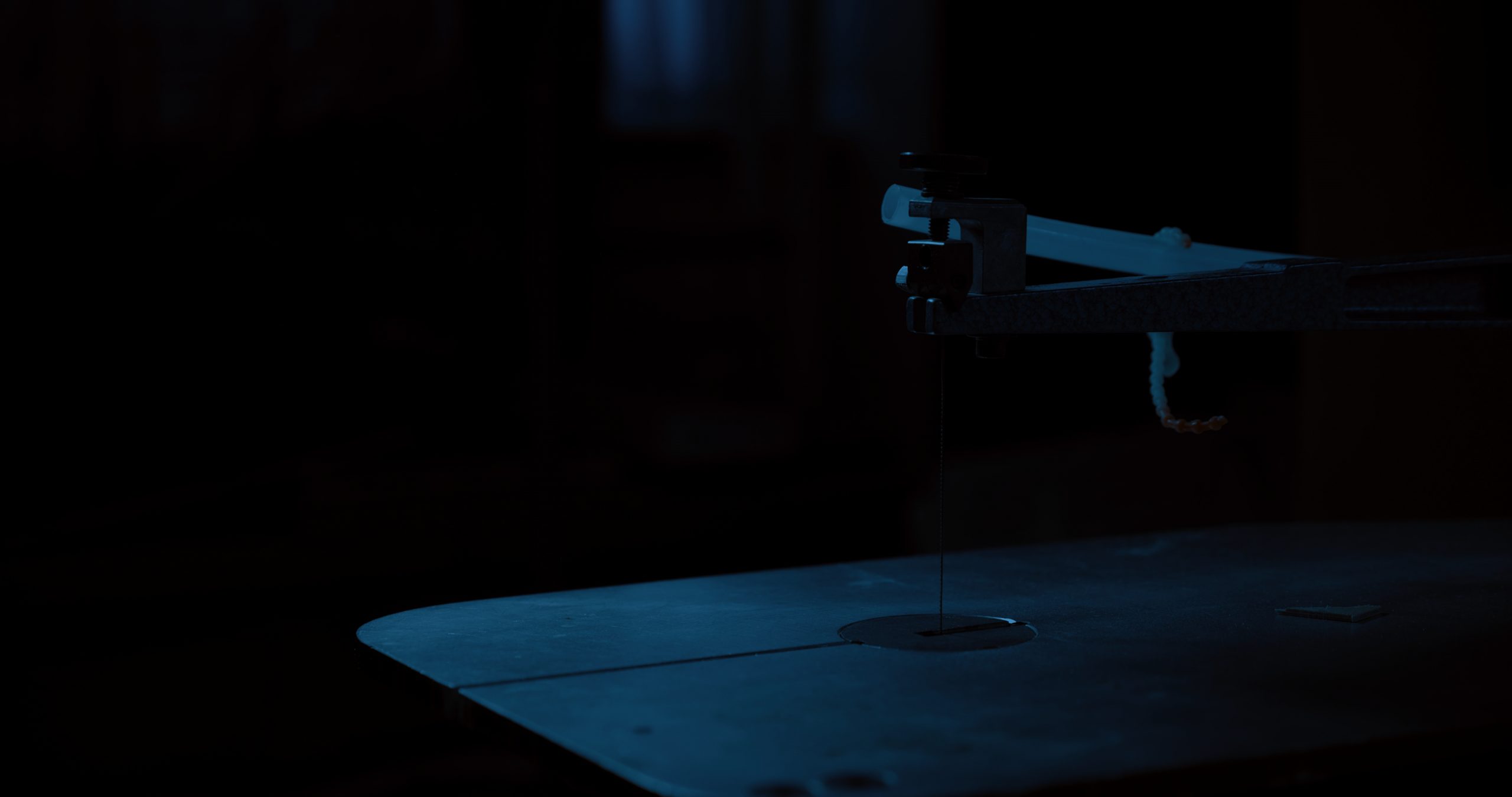 In the video put below, I applied different 3D LUTs to multiple clip transitions.
You will see the name of the used LUTs immediately after each transition. The very last clip is the original camera input: this Blackmagic RAW (BRAW) file hasn’t been graded whatsoever.

(to open the video directly from the YouTube-app, please click hier) 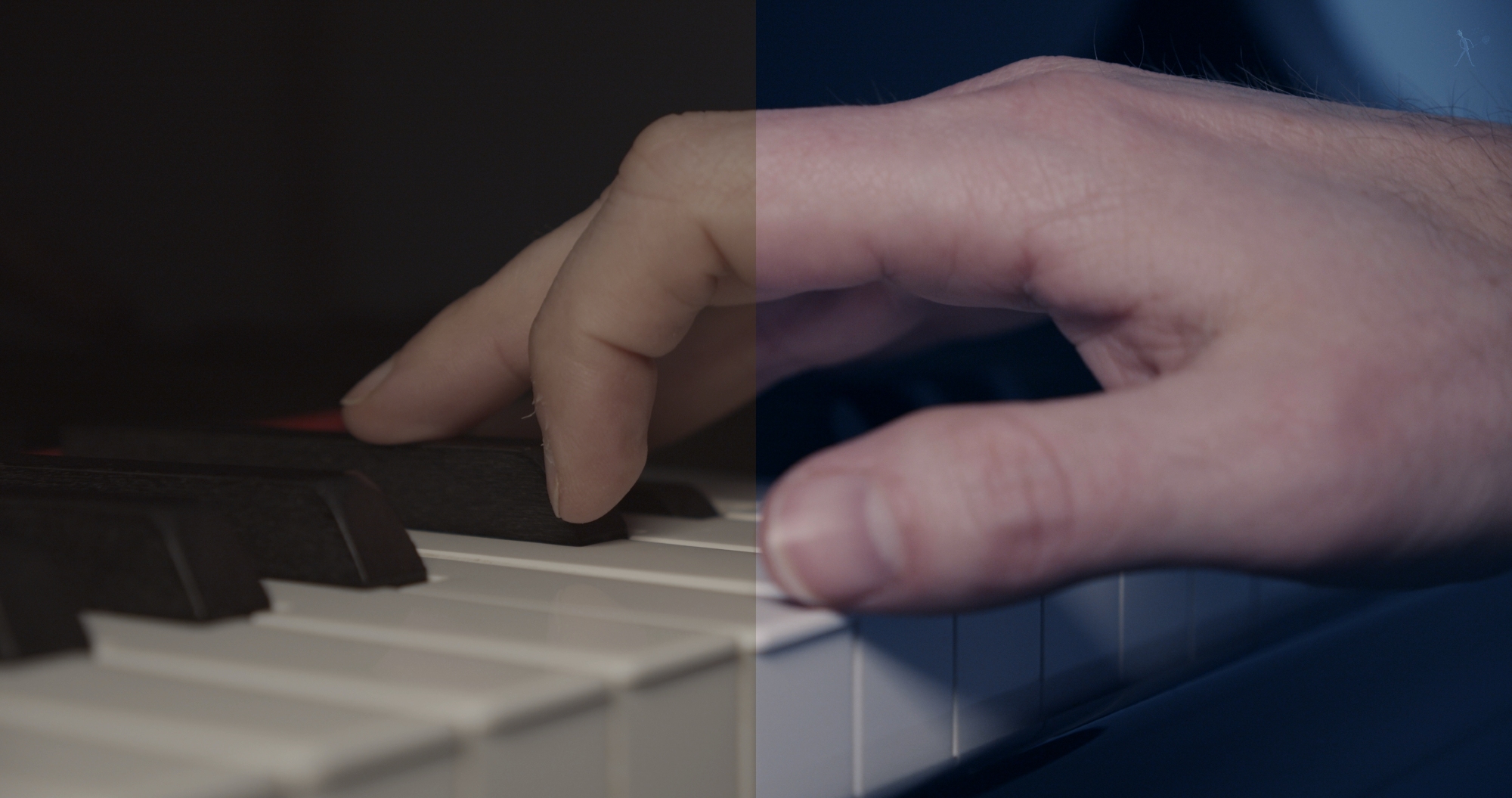 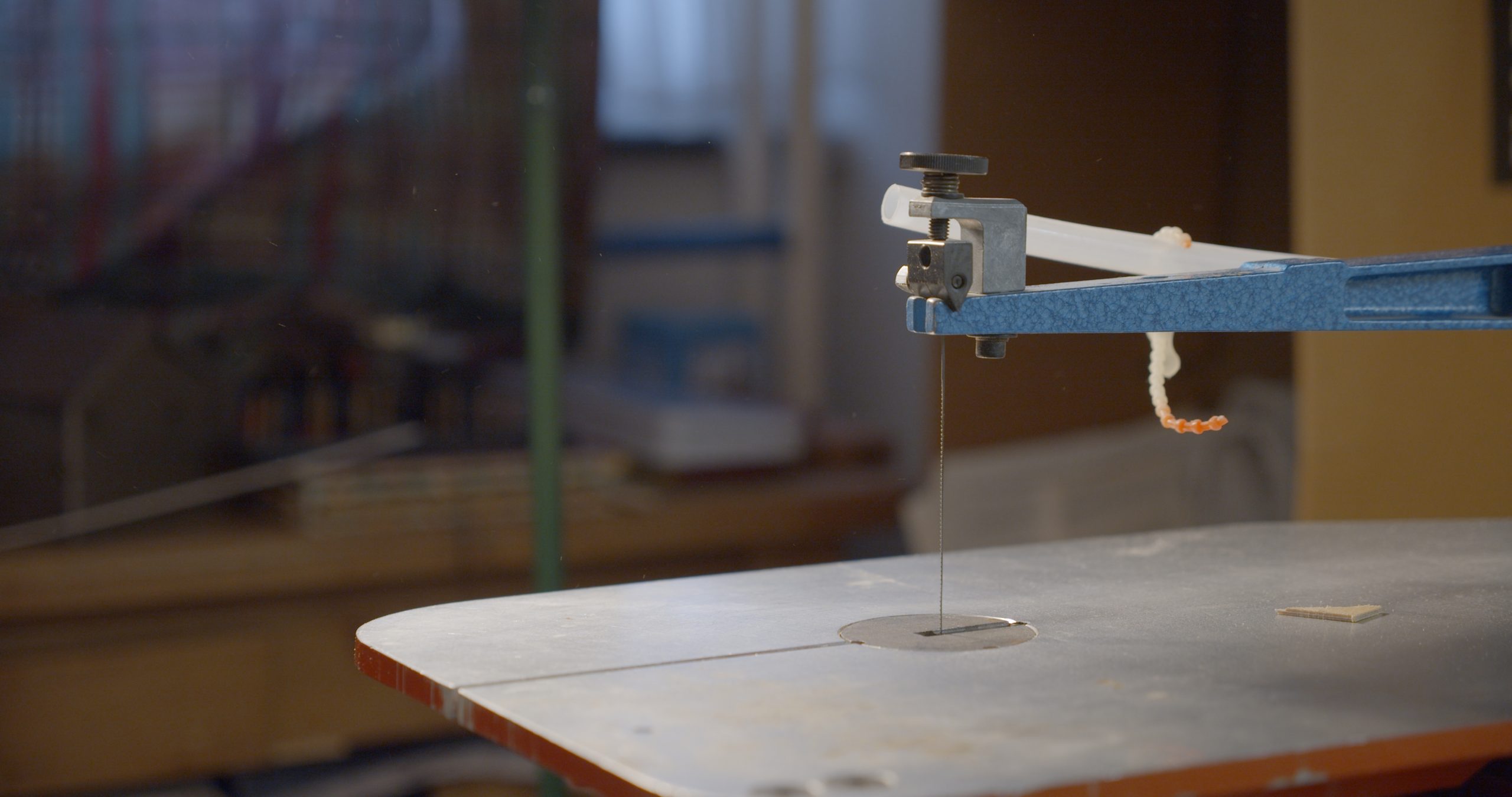 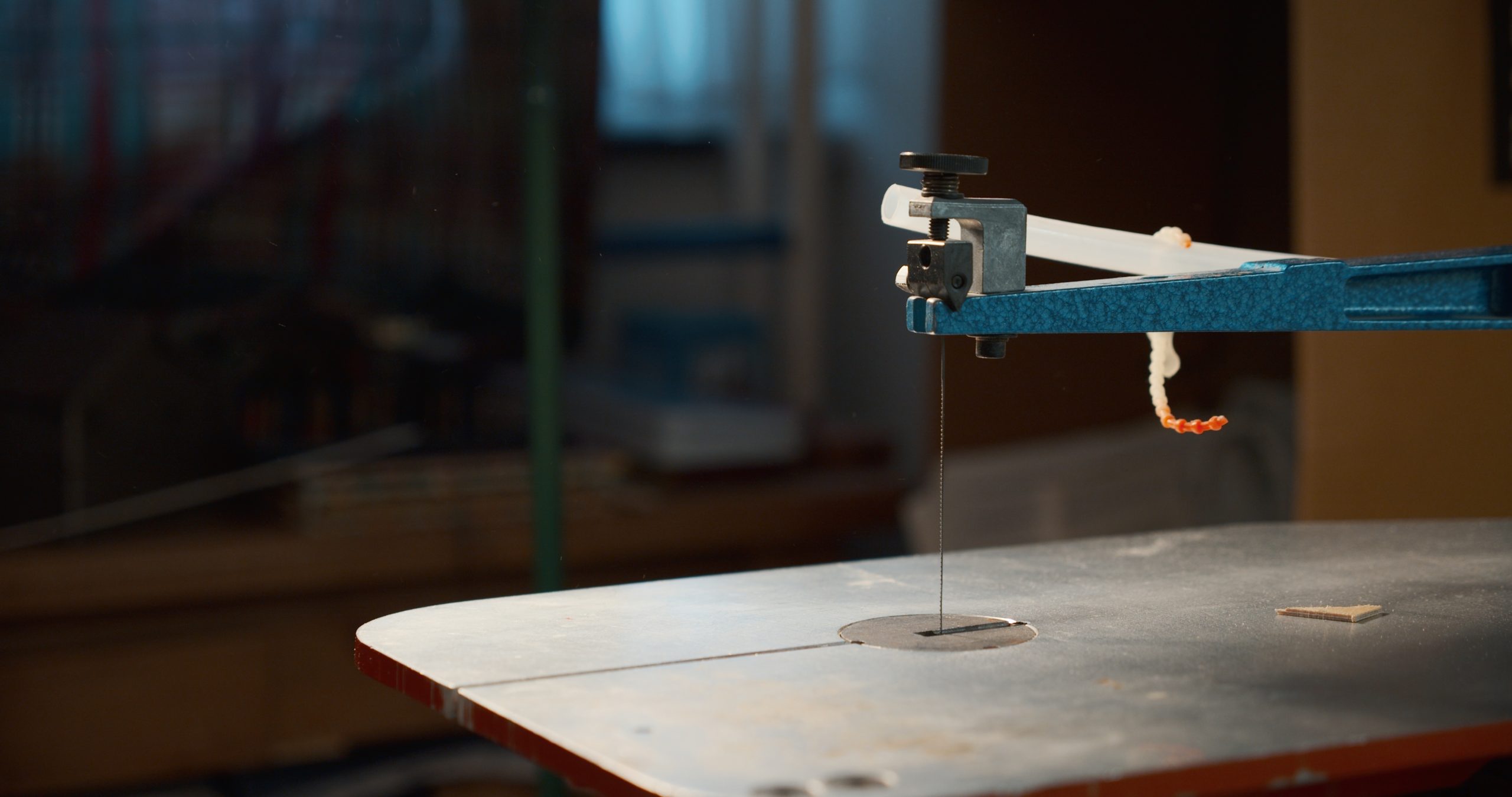 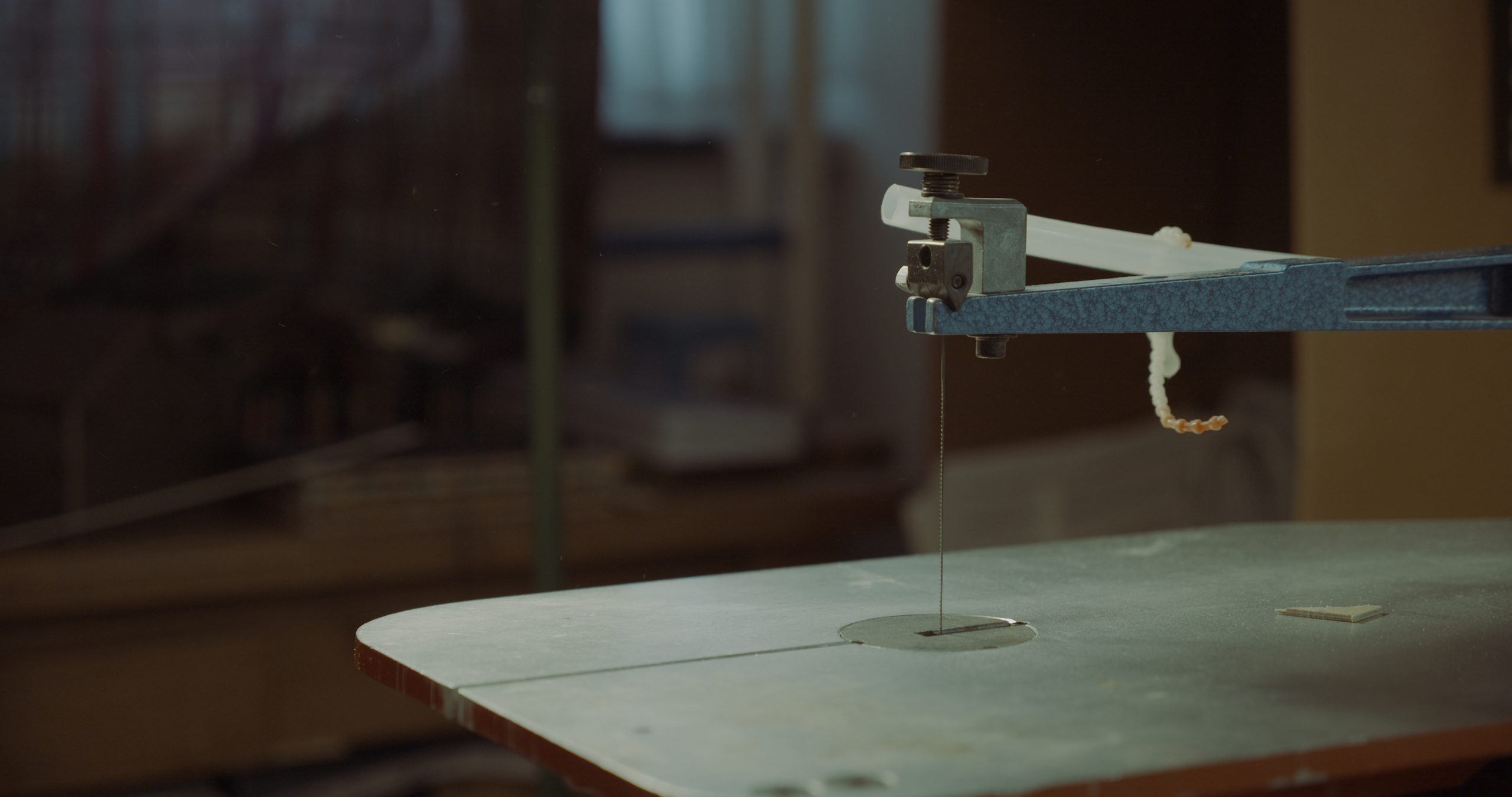 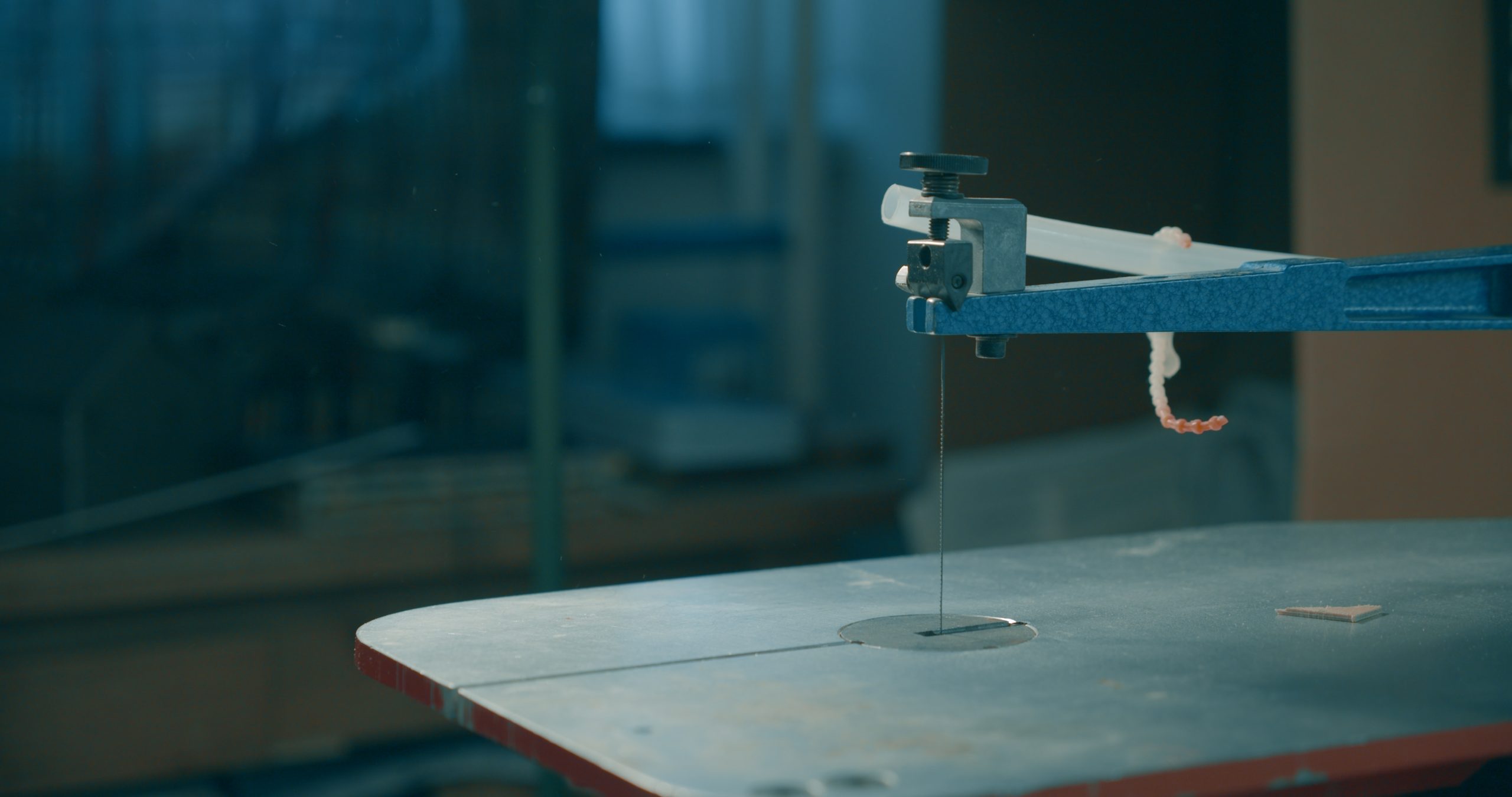 I hope you found this blog fun and educational. If you have any questions or comments, please let me know.