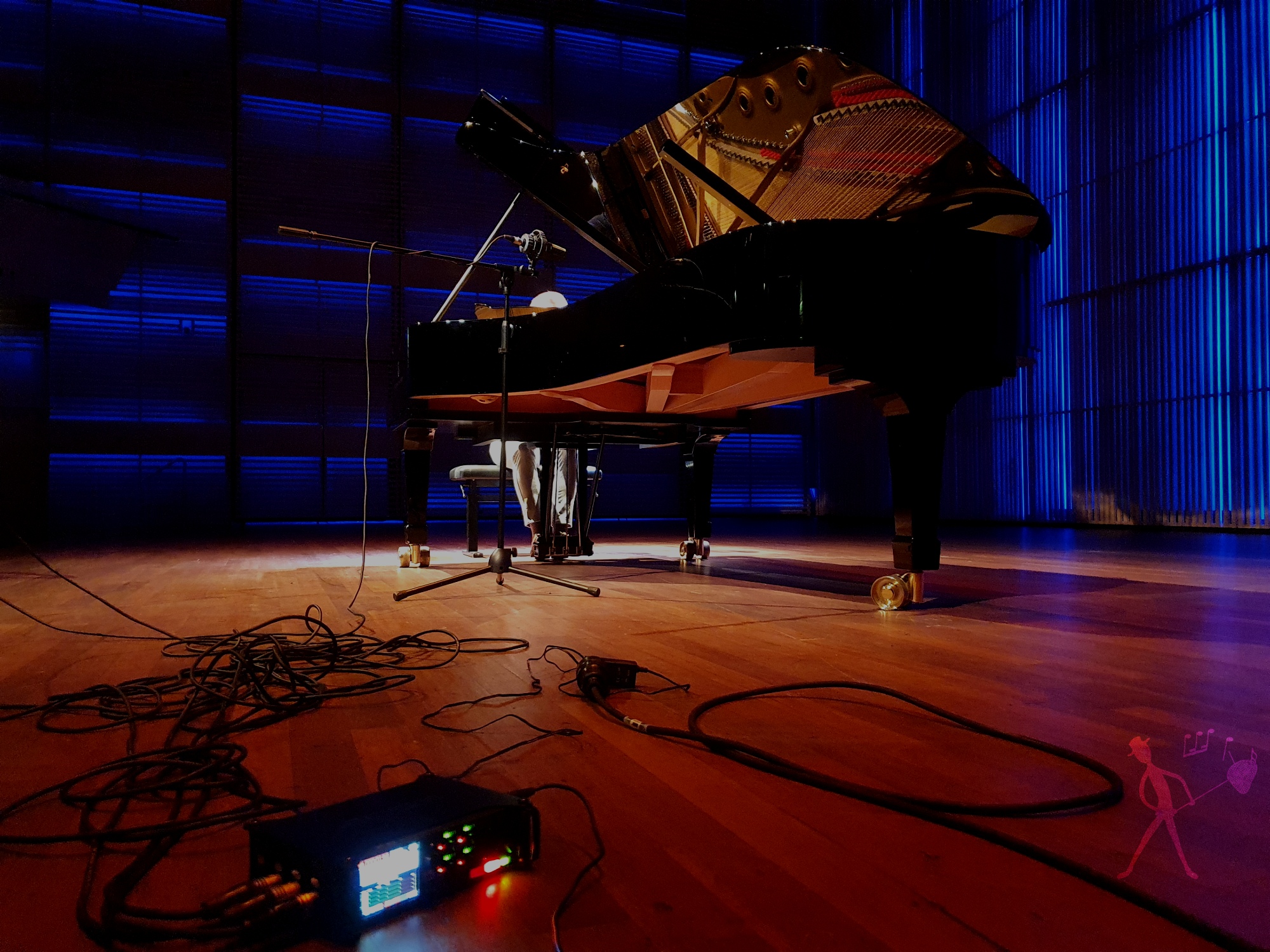 Before i start off talking about impulse response, I need to go a bit deeper into the definition and effect of sound.

Sound arises because there is a change of air pressure in a room. If there were no space (for example in a vacuum), there would be no sound. Sound can only travel through air, solids, gases and liquids. Because of this, sound will finds its way for example through water. But because water has a much heavier mass than the air we breathe, the sound under water sounds much duller and also deeper.
The air pressure of a room is always the same as long as you do not make any changes to it. So you can say that air pressure is rectilinear. The frequency characteristic will therefore remain the same in this space: the space will strengthen or attenuate all frequencies in the same way. If you scream loudly in a cave, the echo and reflection of that cave will be the same as when you speak softly. You will of course hear a difference in volume, but the room will respond the same to both your screams as to your whispers.

Human hearing is anything but straightforward. In a church your ears will have the impression that when for example you start speaking louder, the reverberation also increases. However, this is not the case. Your ears perceive the sound in a room substantially differently than, for example, a microphone. A microphone only records sound vibrations. But your hearing “colours” and filters what you receive as being a sound. For example, if you record a piano in a small room with a microphone, you will hear much more bass when listening to that recording than you would hear during the recording session itself.
This is because small spaces amplify low frequencies and also carry low tones beyond high tones. If you turn the volume down, it seems as if especially the bass is reduced with this. But this is not actually the case. After all, the frequency characteristic of a room is fixed, there is only one sound pressure in that room. Again, your hearing filters different frequencies.

Impulse response is in fact applying the acoustics of an existing room to a sound recording which has been recorded elsewhere. You simulate that this recording is actually included in the space on which the impulse response is based. In fact, you could say that you record the sound pressure of a specific room.

Impulse response is created by recording the reflections of a room after giving an impulse. For example with the help of a starting gun or a snare drum. Microphones then record the response of the specific room to this impulse. This response is different in every room, because one room has more or less reflections, echoes or reverberation than another. For example, the extinction of sound in a large cathedral is much longer than in a bubble-covered sound studio.

Companies such as Audio Ease and Soundsonline have recorded hundreds of impulse responses all over the world. Because the sound pressure is rectilinear, this impulse response allows you to modify any sound source as if it were recorded in a world-famous concert hall. The result is incredibly convincing.
But be sure that this sound source is reasonably ‘dry’, which means it should have little to none reverberation, echo or reflection. Otherwise these characteristics will also be sent through the impulse response, causing an unnatural and strange, unwanted sound.