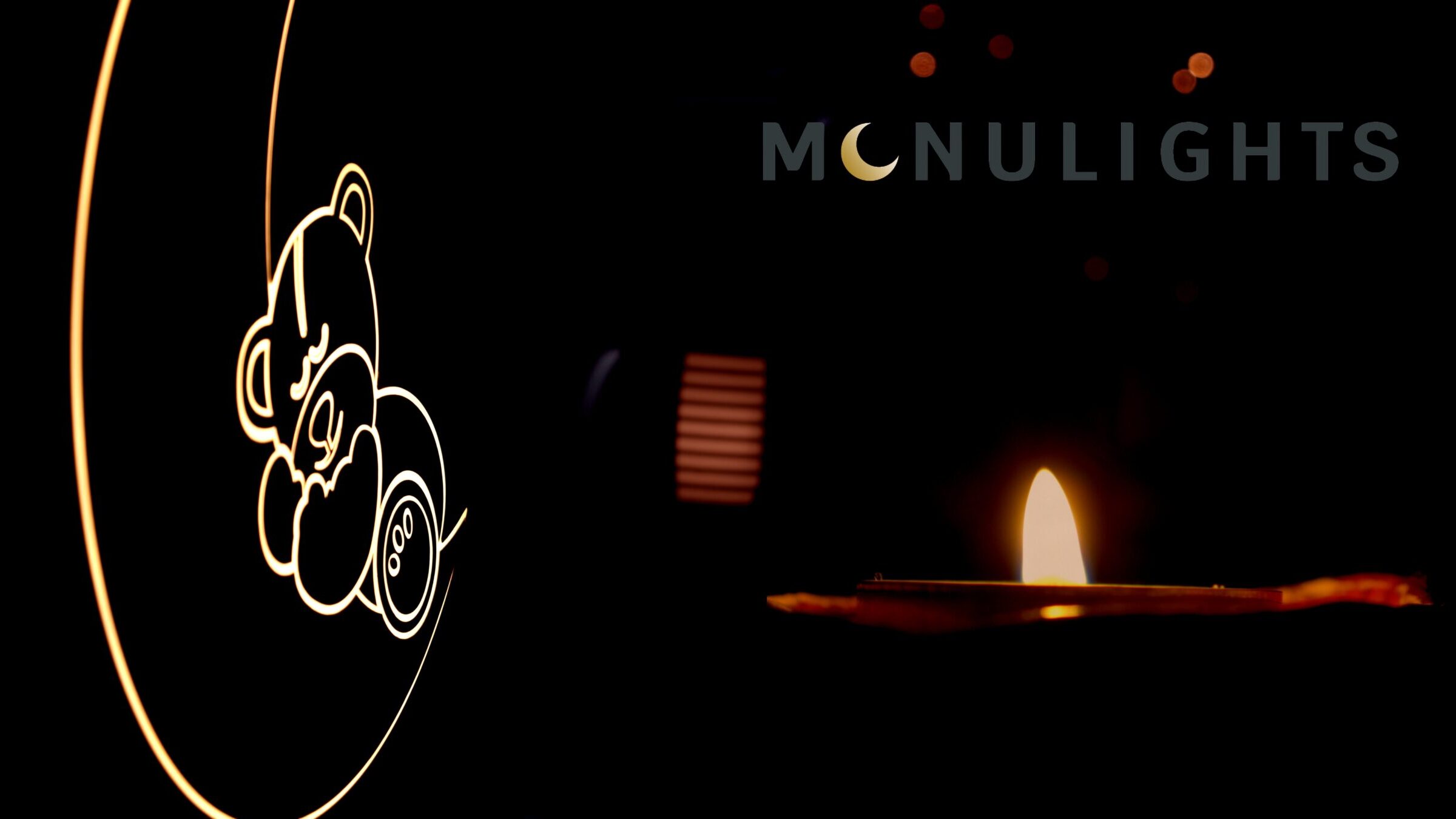 In 2014 Guus Sanstra watched the television program ‘Hollands best idea’. This program showed a man whose daughter had passed. The father demonstrated a self-made oil lamp that could burn continuously for about a month. He placed it at his daughter’s grave because he couldn’t bear the thought that after he had gone, she would be left in the dark.

This story affected Guus deeply. At the time he owned a neon sign business and wondered if it could be possible to make an illuminated funerary monument. A light that would start to shine at nightfall.
But since cemetries don’t have electricity, Guus was facing a problem. And putting a large solar panel next to a grave wasn’t an option either.

Not finding a solution to his problem, Guus contacted the Delft University of Technology and asked them if they could help, since they had already achieved great success with their so-called solar cars: cars that run entirely on solar energy during the more than 3000 km long World Solar Challenge in Australia. They should be considered true experts in solar energy. If they couldn’t help, Guus knew no one could.
Together they analyzed the technical challenges and further elaborated the plan. After they managed to solve all difficulties, which took nearly three years, Guus could finally start his company Monulights.

For the making of this film the cemetery manager gave us permission to shoot at night. On our way to the children’s graves we encountered several people walking towards the cementery exit. Soon afterwards we saw lighted lanterns on different graves, which we figured must have been ignited by the people we had just seen. By then we noticed there were lights everywhere, lights placed on and next to graves. Lights symbolizing a sense of security. Lights that may offer some comfort.

Lights that at the least make cemeteries a little less dark.

(to view this film using the YouTube-app, please click here)